This issue covers the 25th anniversary of AMBER Alert, National Mentoring Month, fiscal year 2021 funding opportunities, a beneficiary of a mentoring program, instructor training for an anti-gang program, and news from the Federal Advisory Committee.
Message From the Acting Administrator 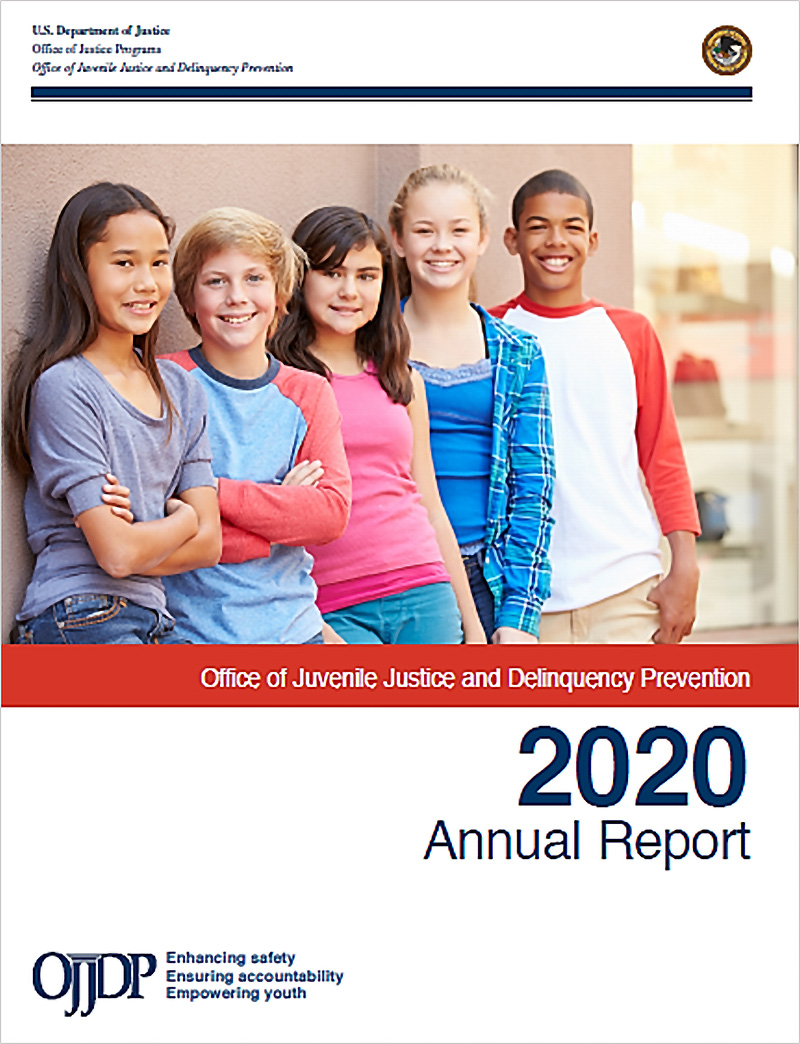 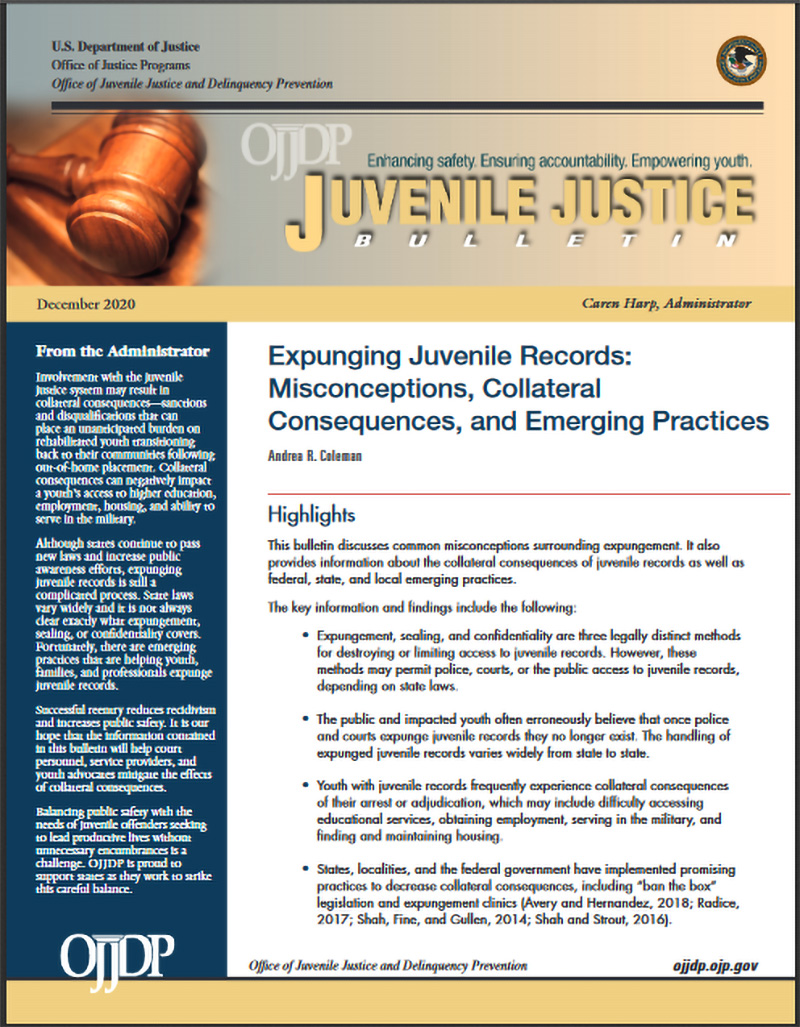 Youth with juvenile records frequently experience collateral consequences of their arrest or adjudication, including difficulty finding employment, serving in the military, and accessing higher education and housing. This bulletin discusses the most common misconceptions surrounding the expungement of juvenile records and highlights emerging practices that federal, state, and local governments are taking to address the issue, such as enacting ban-the-box legislation, strengthening laws to limit access to juvenile records, and sponsoring expungement clinics. 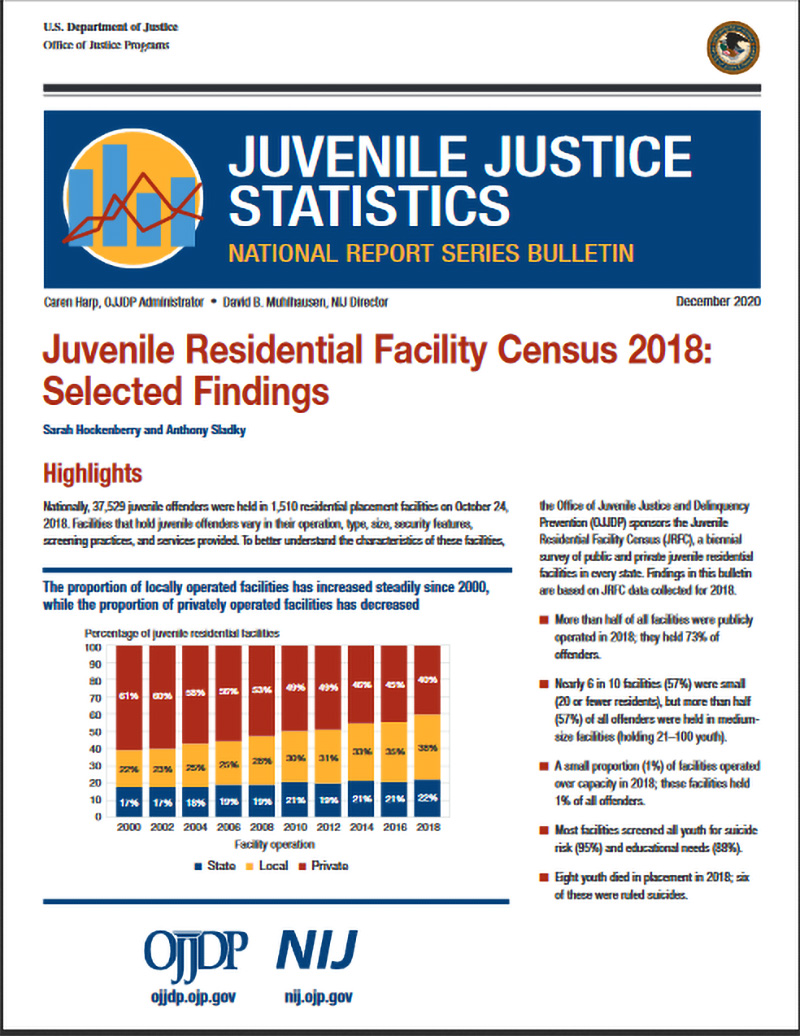 This bulletin reports findings from OJJDP’s biennial survey of the nation’s public and private juvenile residential facilities and characterizes facilities by ownership and operation, type, size, security features, screening practices, and services provided. The 1,510 facilities covered by the 2018 census housed 37,529 juvenile offenders younger than age 21, the lowest population recorded since 1975. The share of locally operated facilities has increased steadily since 2000, while the proportion of privately operated facilities has dropped significantly. 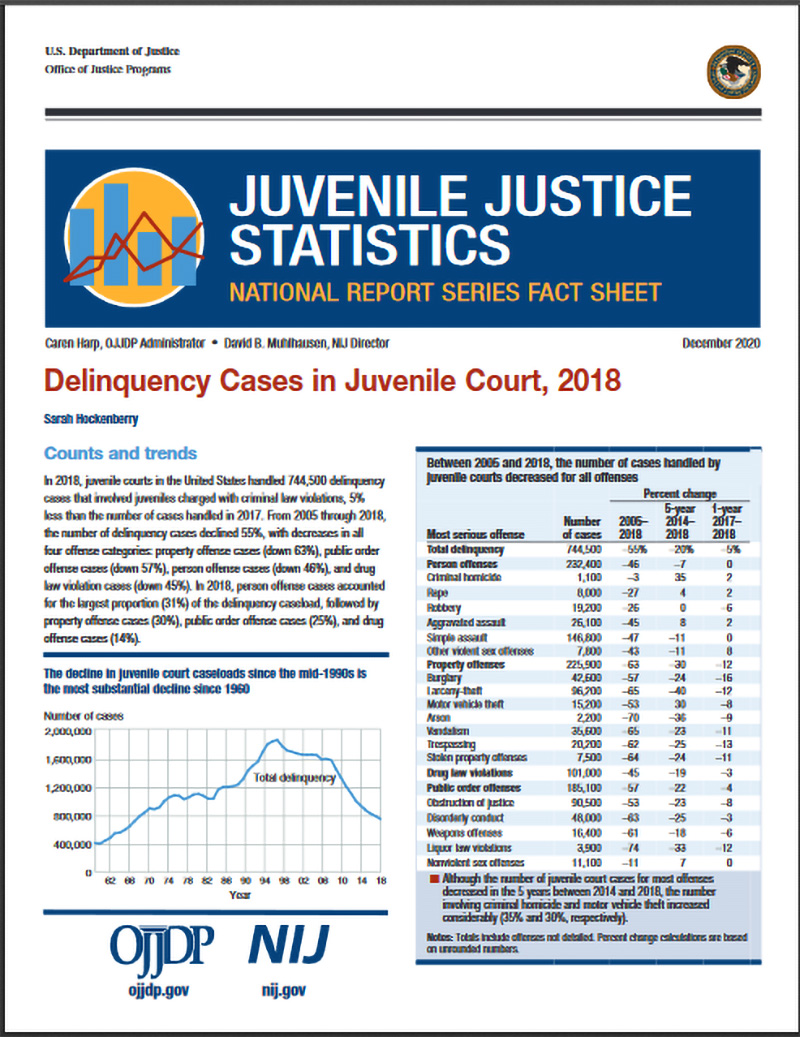 The findings in this fact sheet are based on data from more than 2,500 courts with jurisdiction over 87 percent of the nation’s juvenile population. The authors characterize juvenile courts’ delinquency caseload by gender, race, age, likelihood of detention, intake decision, and outcome of adjudication and disposition. In 2018, courts handled 744,500 delinquency cases that involved juveniles charged with criminal law violations, a 5-percent drop from 2017 and a 55-percent drop from 2005. From 2014 to 2018, the number of juvenile court cases for most offenses declined; however, the number involving criminal homicide and motor vehicle theft increased significantly during that period. 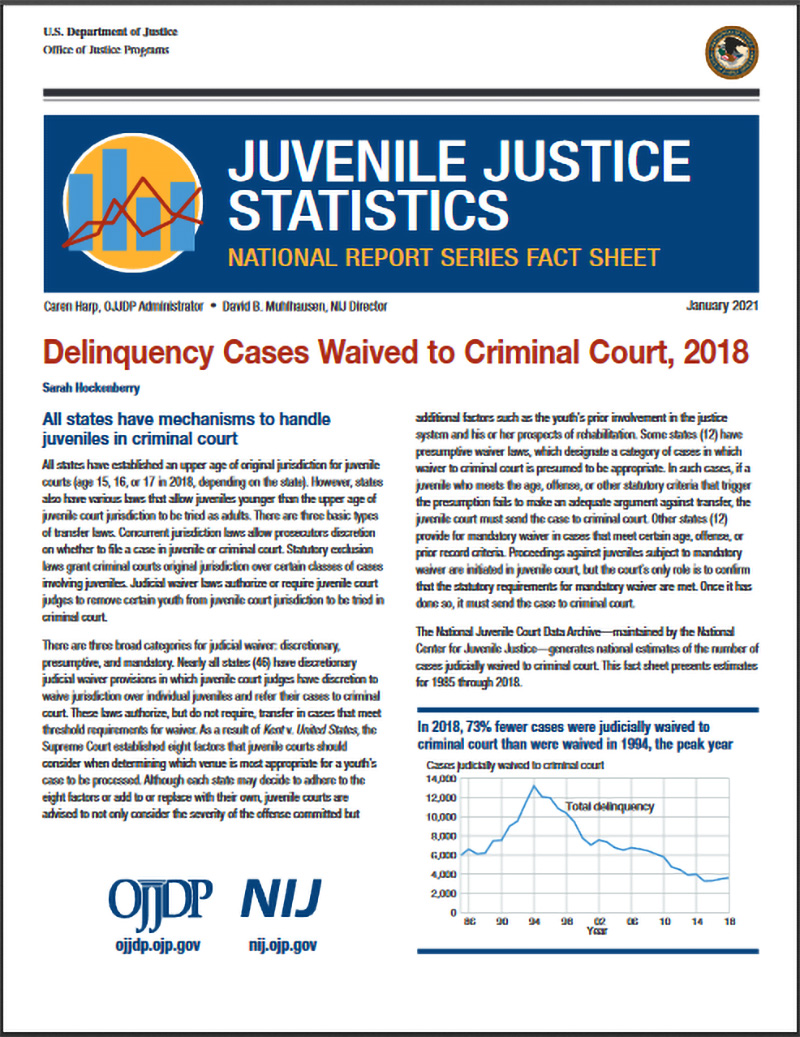