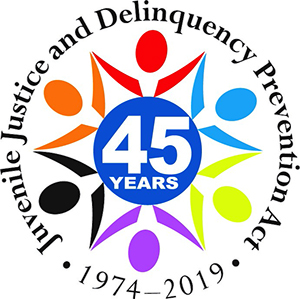 In a video now available on the OJJDP website, Administrator Caren Harp reflects on the 45th anniversary of the Juvenile Justice and Delinquency Prevention (JJDP) Act and its impact on juvenile justice. Signed into law on September 7, 1974, the JJDP Act established OJJDP to support local and state efforts to prevent delinquency and improve the juvenile justice system.

Administrator Harp notes that the Office has awarded more than $11 billion since 1974. Among other achievements, the funding has enabled OJJDP and its partners to make significant strides in preventing child abuse, locating missing and exploited children, implementing interventions for young offenders, and forming effective partnerships with tribal communities.

Administrator Harp also heralds the recent passage of the Juvenile Justice Reform Act. This law reauthorizes the original Act and continues the important work of the Office.