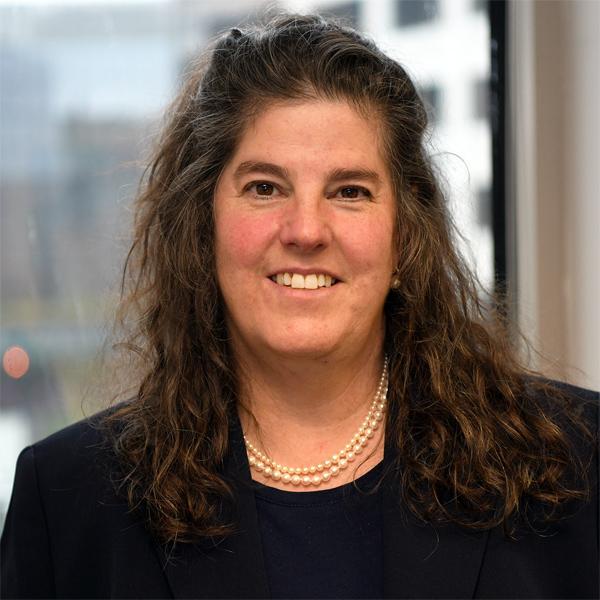 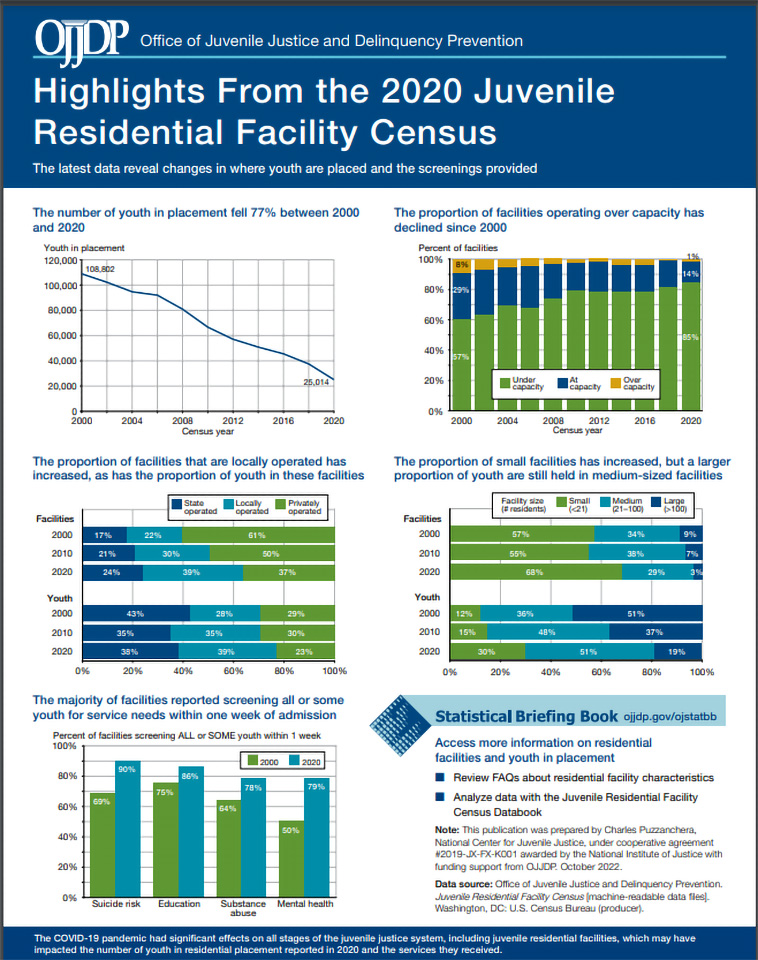 The snapshot notes that the COVID-19 pandemic has had significant effects on all stages of the juvenile justice system and may have impacted both the number of youth in residential placement reported in 2020 and the services they received. Access the full list of data snapshots.

Tips for Interviewing Children With Disabilities Who May Have Been Abused 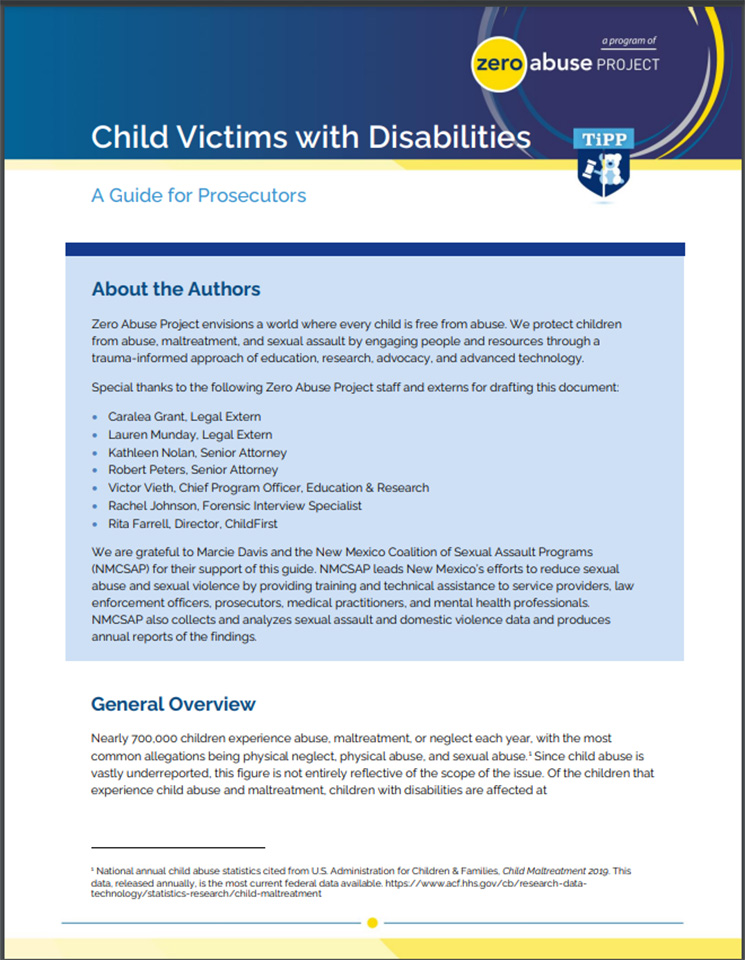 Interviewing Children with Disabilities: A Practical Guide for Forensic Interviewers discusses features of various disabilities that are common in children and how they can influence forensic interviews. Considerations may include the language and terminology used during interviews, preparatory measures, modifications, and the court process. The guide also discusses how multidisciplinary teams use individualized education plans to guide children through case processing procedures. 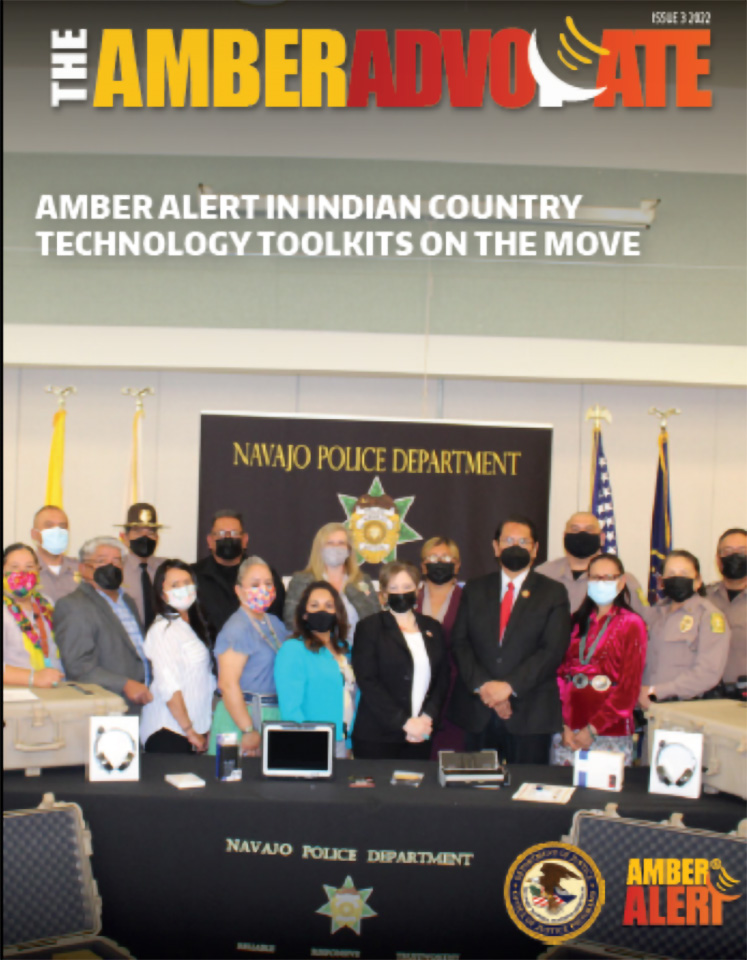 The lead article in this issue of The AMBER Advocate focuses on an initiative by AMBER Alert in Indian Country to provide high-tech toolkits to Tribal communities that will aid Tribal law enforcement when children go missing. The initiative aims to provide 150 toolkits to agencies that have requested them, the newsletter reports. 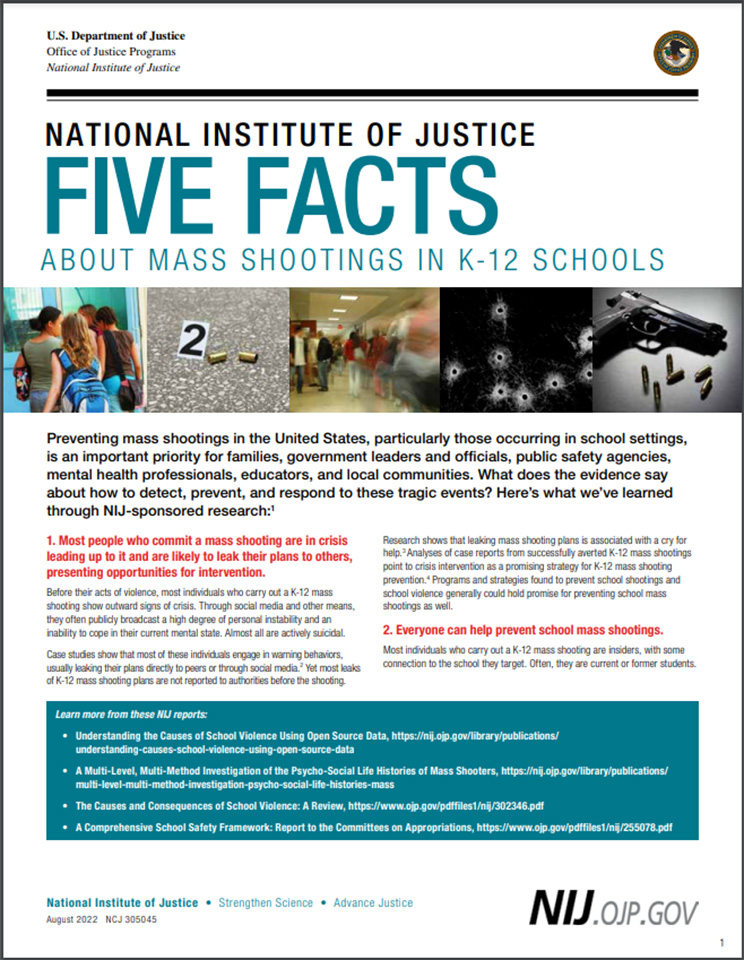 Most people who commit a mass shooting are in crisis before the event and are likely to share their plans with others, according to Five Facts About Mass Shootings in K–12 Schools, a new fact sheet by the National Institute of Justice. Their warning behaviors represent opportunities for intervention, the fact sheet states. It also reports that:

Bulletin Addresses Effectiveness of Interventions for Youth Who Committed Crimes 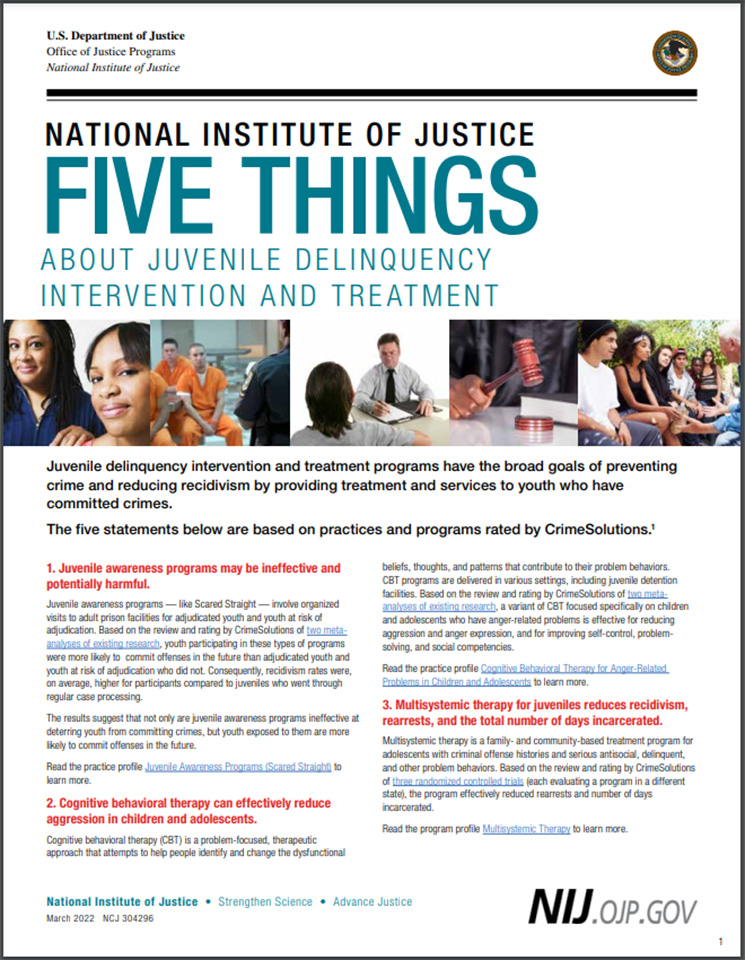 A bulletin by the National Institute of Justice (NIJ) explores findings on interventions and treatment programs that seek to prevent crime and reduce recidivism among youth. Five Things About Juvenile Delinquency Intervention and Treatment presents five statements based on practices and programs ratings by NIJ’s CrimeSolutions. According to the bulletin: