This issue highlights OJJDP commitments to American Indian and Alaska Native youth, a youth advisor to the National Mentoring Resource Center, trauma-informed trainings, Circle trainings, and the value of cultural connectedness in youth courts.
Message From the Acting Administrator 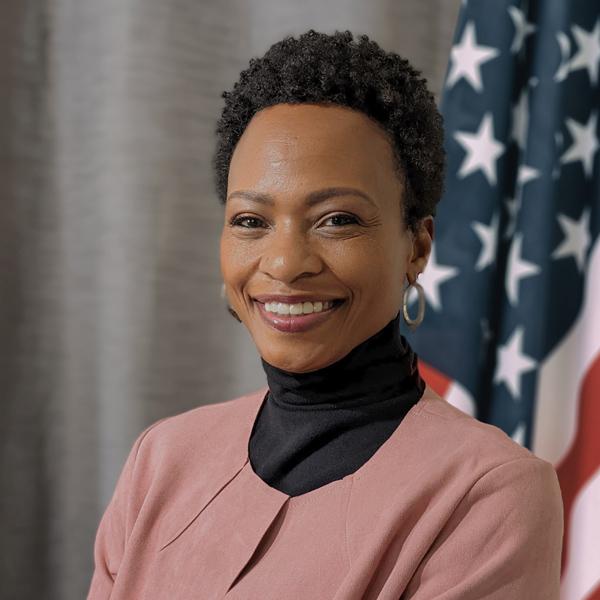 OJJDP Mourns the Death of Activist and Musician Joanne Shenandoah

OJJDP mourns the death of Joanne Shenandoah, Ph.D., Grammy Award-winning musician and renowned activist for peace and human rights. She was 64.

As co-chair of the Advisory Committee on American Indian and Alaska Native Children Exposed to Violence, created under then-Attorney General Eric Holder's Defending Childhood Initiative, Dr. Shenandoah helped author Ending Violence so Children Can Thrive. The OJJDP report presents recommendations for healing and protecting Native children and for fostering communities where they can flourish.

The advisory committee heard heartbreaking testimony and wrenching stories of childhood harm in Indian country. Dr. Shenandoah always responded with compassion, injecting hearings with affirmation and hope, colleagues on the committee say. Her life and music celebrated these and other Native values, emphasizing healing and peace while decrying violence. She led several workshops on healing through music, and performed numerous times at the Justice Department's biennial National Indian Nations Conference: Justice for Victims of Crime Conference.

"OJJDP was deeply saddened to learn about the death of Dr. Shenandoah," said Acting Administrator Chyrl Jones." Joanne gifted the world with her magnificent voice and her commitment to the rights of Native children, especially those who have suffered violence and other trauma. She will be missed."

"We need to look critically at how we’re intervening with our youth, and what damage we may be doing by relying on severe punishments like confinement," the Principal Deputy Assistant Attorney General said. She referred to OJJDP's Juvenile Justice System Reform Initiative, which aims to reverse such damage through the development and testing of research-based responses to public safety issues.

The Principal Deputy Assistant Attorney General underscored interagency approaches, noting OJJDP's representation on the Interagency Working Group on Youth Programs. She also mentioned plans to reestablish the Coordinating Council on Juvenile Justice and Delinquency Prevention, which advises the President and Congress on ways to coordinate federal programs to best serve youth. The U.S. Attorney General is the Council's chair; the OJJDP administrator is the vice chair.

Working alone, no single state, tribe, or community can reform juvenile justice systems and make them fairer for minority youth, Acting Administrator Chyrl Jones said in her opening remarks at the virtual National Racial and Ethnic Disparities Conference. Working alone, neither can OJJDP, she said. Together, however, "we can make changes and transform lives."

Sponsored by the Coalition for Juvenile Justice, the annual conference took place remotely November 2–3 and focused on strategies to address and resolve racial and ethnic disparities in the youth legal system. In her comments, Acting Administrator Jones highlighted OJJDP's Formula Grants program and its history of working to reduce the overrepresentation of minority youth in the justice system, and OJJDP's work to help recipients comply with Formula Grants program rules. She also underscored the Office's work with tribal nations. 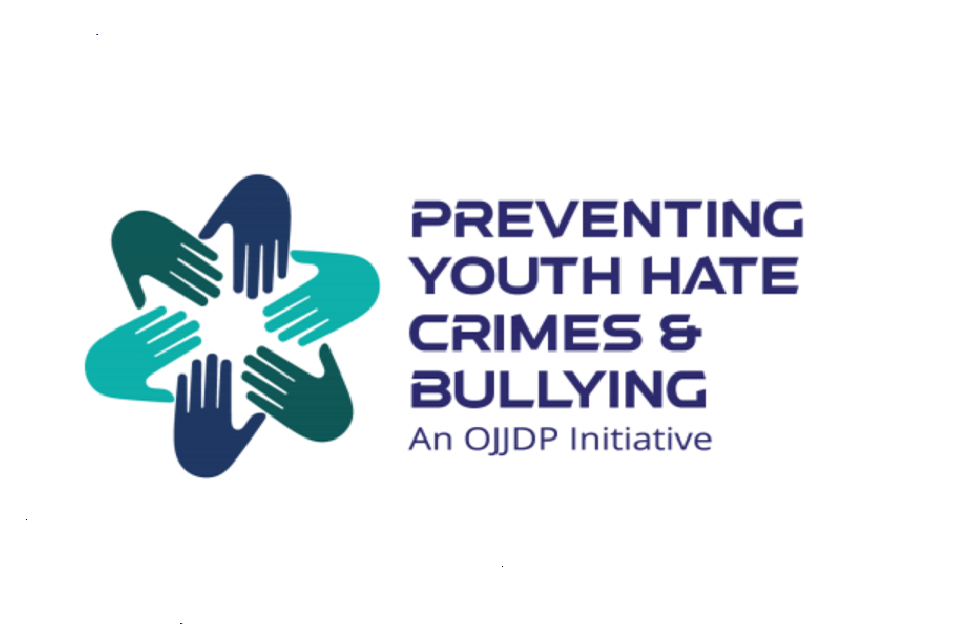 Mentoring Is a Powerful Antidote to Bullying and Hate

At OJJDP's first-ever conference on identity-based bullying, hate crimes by youth, and the radicalization of youth by hate groups, Acting Administrator Chyrl Jones highlighted mentoring as a means to empower youth to ensure they have tools for productive lives and successful futures. The virtual event, Understanding and Preventing Youth Hate Crimes and Identity-Based Bullying, took place October 27–28.

"Together, we must create safe spaces for young people to grow and develop and become tolerant, understanding, and successful citizens," the Acting Administrator said. OJJDP envisions a culture of kindness and respect in schools and communities, she continued. "We want to make mutual respect the norm. We want to celebrate differences. We want to impart empathy."

OJJDP and its National Training and Technical Assistance Center began a 12-part webinar series on November 18. The series examines strategies, best practices, and resources that help prevent hate crimes by youth and the radicalization of youth by hate groups, and that lead to safe environments where youth can thrive. Designed for three target audiences—school personnel and parents, juvenile justice personnel, and law enforcement—the monthly series will continue through 2022.

The first set of webinars is geared toward school personnel. On November 18, attendees were introduced to youth-involved hate crimes and the radicalization of youth by hate groups; topics included signs and symbols used by hate groups, identifying and reporting hate crimes in schools, and applying effective strategies for prevention efforts. Upcoming topics include how schools, families, law enforcement, and communities can work together to prevent the attitudes and behaviors that lead to hate crimes; how to create safe school environments by instituting comprehensive anti-hate policies, mitigating implicit bias, and offering prosocial programs; and how to help youth identify misinformation and dangers on the Internet. Additional information and webinar links will be available through OJJDP's JUVJUST news service and on the Preventing Youth Hate Crimes & Identity-Based Bullying Initiative webpage. 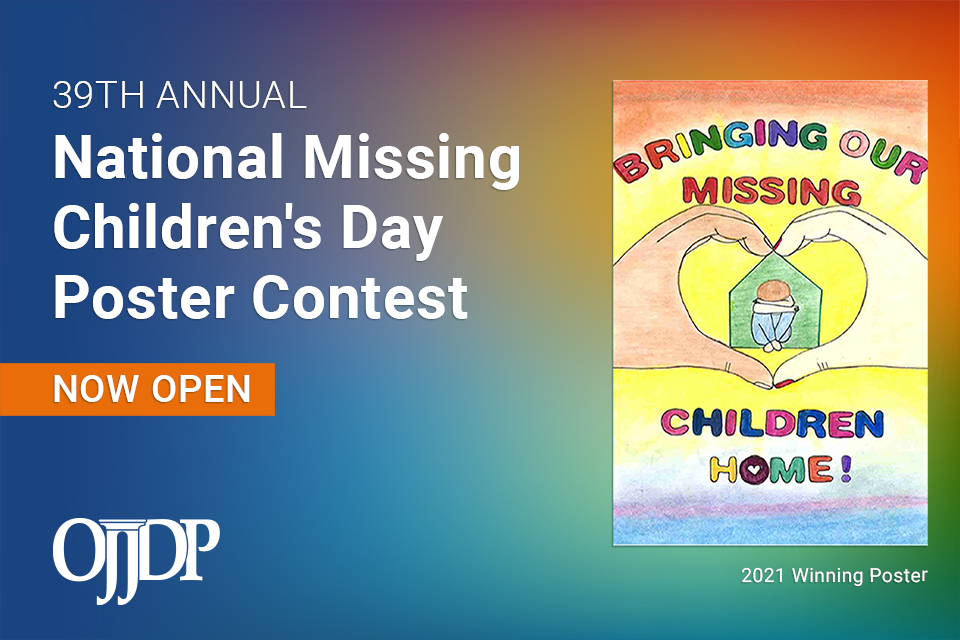 OJJDP invites fifth graders to create posters illustrating the theme "Bringing Our Missing Children Home" for the 2022 Missing Children's Day poster contest. The annual contest is an opportunity for schools, law enforcement, and child advocates to promote child safety by engaging with youth and their families about issues related to the abduction and exploitation of children.

The contest begins with state-level competitions. The winning posters then represent their states in OJJDP's national contest. The Department of Justice will recognize the poster contest winner at the National Missing Children's Day ceremony on May 25, 2022. The winning poster will serve as the inspiration for the 2023 commemoration logo. 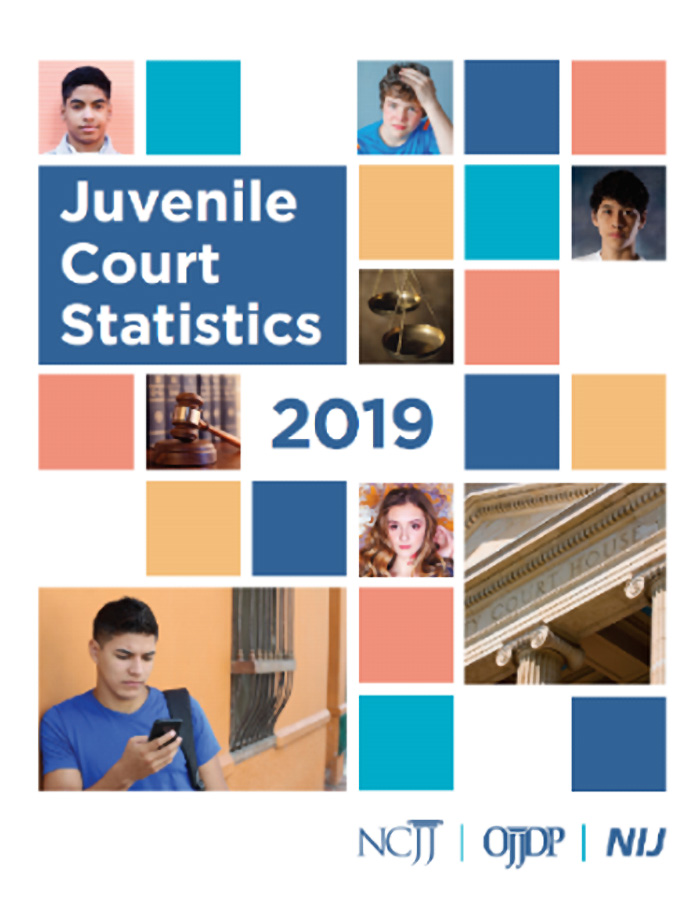 The National Center for Juvenile Justice has released Juvenile Court Statistics 2019, which describes delinquency and status offense cases handled between 2005 and 2019 by U.S. courts with jurisdiction over youth populations. These courts also handle cases involving child maltreatment, child support, and adoptions. The report focuses on cases involving youth charged with law violations and categorizes them by type of offense, age, gender, and race.

Nearly 2,500 courts had jurisdiction over 87 percent of the youth population in 2019; the analyses in Juvenile Court Statistics 2019 used data contributed by these courts to the OJJDP-funded National Juvenile Court Data Archive. The National Institute of Justice manages the archive.

Number of Youth in Residential Placement Continued To Decline in 2019

Delinquency caseloads in 2019 for property, drug, and public order offenses by youth were at their lowest level since 2005, according to a new OJJDP data snapshot. The document—an overview of the nation’s juvenile court delinquency caseload—draws on data from the National Center for Juvenile Justice’s National Juvenile Court Data Archive : Juvenile Court Case Records 2005–2019. It also reports that: