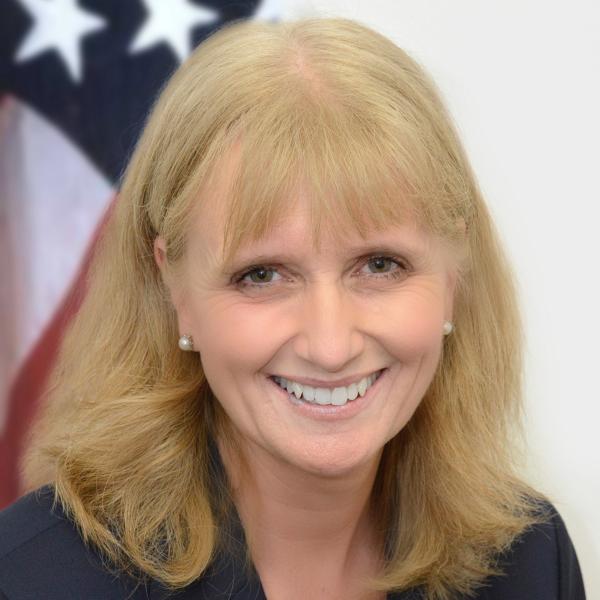 OJJDP Administrator Caren Harp welcomed participants to the conference and highlighted some of the Office's achievements over the past year, including awarding $44 million under the Formula Grants program in fiscal year 2020, launching juvenile justice specialist and compliance monitor certificate programs, hiring new State Relations and Assistance Division staff, and providing training for the division to improve its auditing practices.

She also highlighted the recent launch of OJJDP-supported national training curricula by the Council of Juvenile Justice Administrators for superintendents of juvenile justice facilities and deputy administrators of state and territory juvenile justice agencies. So far, the council has convened three classes for facility superintendents and one class for deputy directors.

Administrator Harp helped lead two sessions on key amendments in the JJRA. One explored new conditions imposed on the use of the valid court order exception to the requirement to deinstitutionalize status offenders. The other session reviewed the amended definition of an adult inmate and the new provisions concerning juveniles charged as adults. The new language prescribes the conditions under which such juveniles awaiting trial can be detained in a jail for adults and establishes the requirement for no sight or sound contact with adult detainees. Judge David Hejmanowski of the Delaware (Ohio) County Probate/Juvenile Court used decision trees to illustrate how the new provisions work in practice. The Federal Advisory Committee on Juvenile Justice (FACJJ), which developed the decision trees in conjunction with OJJDP, is revising them before they are distributed to state officials.

Associate Administrator Dr. TeNeane Bradford spoke during three sessions devoted to helping states create a plan to identify and reduce racial and ethnic disparities. The sessions explored how states can work collaboratively with community members to build plans, the differences between state-level plans as opposed to community-driven plans, and the basics of writing an action-oriented plan.

The event featured two sessions focused on strategies for states to increase youth involvement in the work of SAGs, with examples from Oklahoma, Idaho and Hawaii. Several sessions focused on the 3-year plans states are required to submit as part of the Formula Grants program. One session discussed the overall strategy for developing plans and another explained how to collect the data needed to develop a state's juvenile justice crime analysis, which describes the state's juvenile delinquency problems and prevention needs.

The conference program also reflected OJJDP's recent effort to strengthen links between state leaders and Tribal nations. In one session, attendees discussed the value of partnerships and critical data sharing in reducing juvenile justice contact among Tribal youth. A separate session offered targeted approaches for ensuring Tribal needs are considered by SAGs and during other Title II-related efforts, such as those aimed at reducing racial and ethnic disparities.

The Special Topics Subcommittee has been focusing on the need for states to adopt collaborative, multi-system approaches to ensure youth are engaged with school and do not enter the juvenile justice system, said Kate Richtman, former director of the Ramsey County (MN) Attorney's Juvenile Division. The Territory Outreach Subcommittee conducted a series of listening sessions with the SAGs of each territory to learn about their major challenges, said Anthony Pierro, chief juvenile attorney in the Ocean County (New Jersey) Prosecutor's Office.

For more information on the latest FACJJ meeting, read "News From the Federal Advisory Committee on Juvenile Justice" in this issue.

The JJRA was enacted in December 2018. It reauthorized and substantially amended the Juvenile Justice and Delinquency Prevention Act. To learn more about the JJRA and its key amendments, visit the OJJDP website.