This issue highlights National Drug Court Month. It includes profiles of a family treatment court and a youth drug court client. The Tribal Connections section highlights resources to enhance the operations of juvenile healing to wellness courts.
Message From the Acting Administrator

Juvenile justice systems have embraced a variety of reforms in recent years to improve public safety and promote better outcomes for youth. These reforms have included revising procedures for screening youth and assessing their risk to reoffend, implementing graduated sanctions and incentives, and enhancing data sharing between justice and other youth-serving agencies. 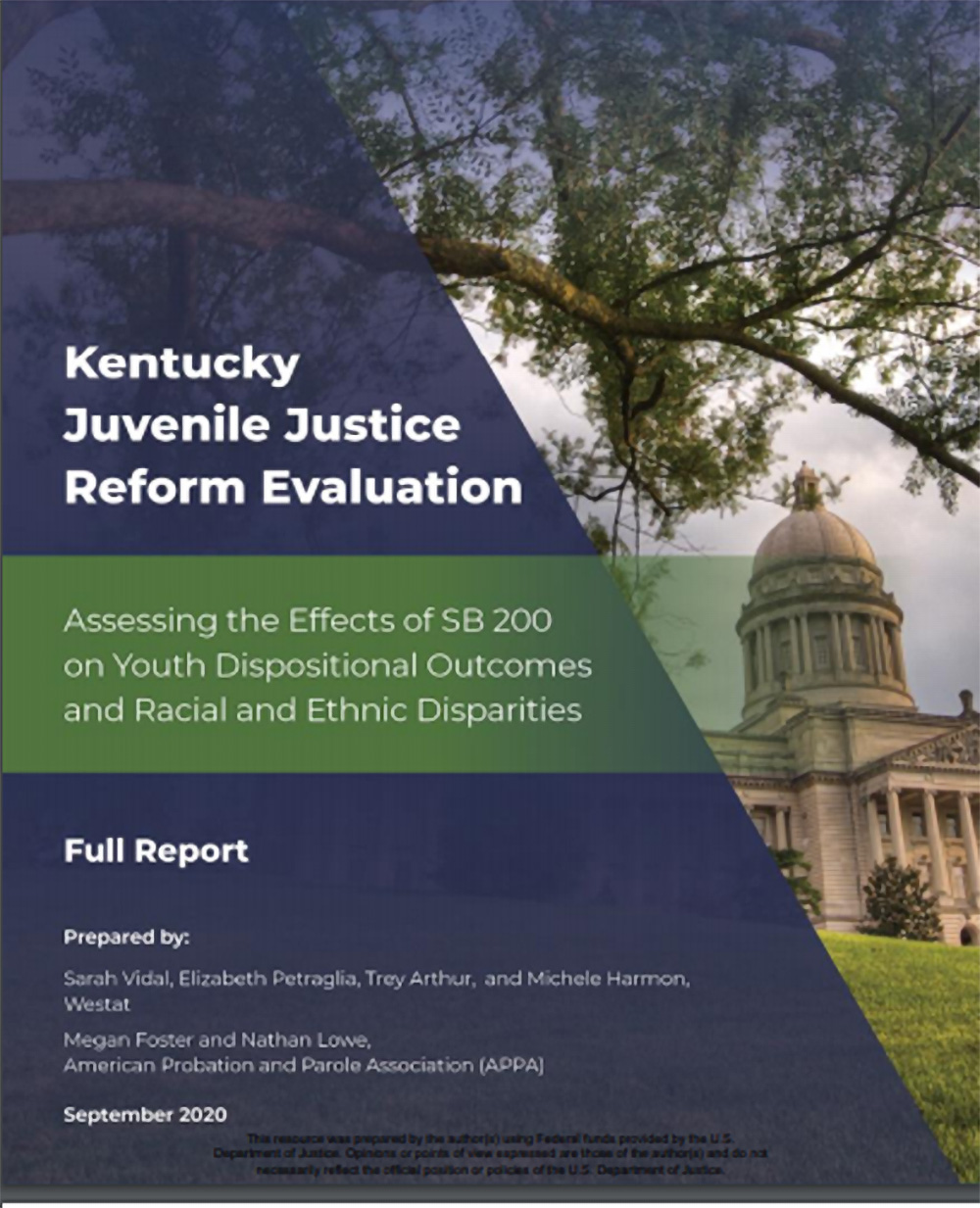 To address the significant number of youth in state facilities and other out-of-home placements for low-level offenses, the Kentucky General Assembly enacted a comprehensive reform of the state's juvenile justice system in 2014. Senate Bill (SB) 200 aimed to expand precourt diversion, provide access to timely and quality treatment and services, target resources to youth with serious offenses, and enhance data collection and oversight.

In the same year, OJJDP selected Kentucky as one of the first states to participate in its Juvenile Justice System Improvement initiative, a program that promotes systemwide reform efforts by adopting developmentally appropriate evidence-based practices, eliminating racial and ethnic disparities, maximizing cost savings while holding youth accountable, and improving youth outcomes. The initiative relied on training and technical assistance from the Crime and Justice Institute to increase states' capacity to sustain reforms, enhance community-based alternatives to out-of-home placement, and support performance measurement, oversight, and reinvestment.

In 2016, OJJDP awarded a grant to Westat, in partnership with the American Probation and Parole Association, to review the statewide effort to implement SB 200 and assess its impact on youth and system outcomes.

To complete the project's first component, an evaluation of the successes and barriers to implementing the SB 200 reforms, the study team interviewed officials in state agencies, judges, court-designated workers, education system professionals, and other stakeholders. Researchers also observed meetings held by Family, Accountability, Intervention and Response (FAIR) teams, established by the legislation to improve case management and reduce youth involvement in the justice system. These multidisciplinary teams, which meet monthly, consist of representatives from youth-serving agencies, law enforcement, the county attorney's office, the public defender's office, and other community partners.

The study team found that the state developed a robust implementation approach, which included creating the FAIR teams, the Juvenile Justice Oversight Council, and other collaborative efforts; developing a wide variety of trainings for staff in juvenile justice agencies; and engaging staff. Still, agencies encountered some challenges to effective collaboration. For example, researchers found that the effectiveness of FAIR teams varied across the state due to a lack of participation and buy-in by some team members, and confusion about roles in the larger reform effort.

The study team also identified gaps and potential disparities in access to community-based services across the state, particularly in rural regions. That assessment was a critical part of the implementation evaluation as the availability of community-based services was considered vital to meeting SB 200's goal of increasing the use of diversion to keep youth out of state facilities and out-of-home placements.

The project's second component looked at the impact of SB 200 on youth outcomes and racial and ethnic disparities. The analysis showed that SB 200 had a positive effect on a variety of outcomes for youth, resulting in:

However, the law did not have a significant impact on the number of adjudicated cases placed on community supervision, or in detention centers, youth development centers, and group homes.

The study team also found that SB 200 did not reduce or exacerbate existing racial and ethnic disparities at different stages of juvenile justice processing; however, notable disparities still exist in outcomes between youth of color and white youth.

Watch a recording of a webinar the study team hosted to review the project's results.

A Guide for Identifying, Addressing and Reducing Racial and Ethnic Disparitiesdocuments Kentucky's four-step model to reduce disparities within the state's court system. It explains how the courts and juvenile justice agencies can identify disparities, construct strategies to address them, institutionalize effective changes, and reevaluate progress for continuous quality improvement.