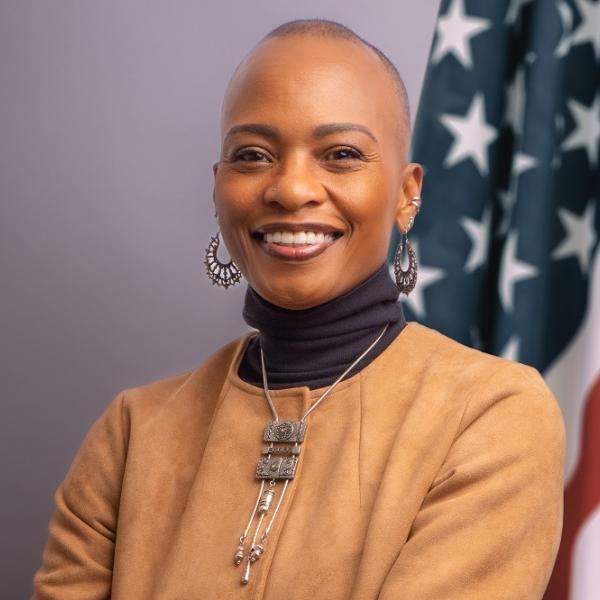 Youth Voices: Using Her Lived Experience To Advocate for Youth in the Nation’s Capital

At 24, Kyla Woods' resume reads like the professional history of an older, more experienced colleague. Although she graduated from college in 2021—with a degree in political science from the University of the District of Columbia—she has already:

Accomplished, confident, and driven, Kyla fought hard to get here. Not long ago, some of the adults who made decisions about Kyla's life considered her "delinquent," a teen runaway best controlled in "juvie," she says. Now, she uses her mind, voice, and energy to promote the rights of youth burdened with similar labels—young adults who, like Kyla, deserve another chance.

“I am incredibly proud of the skills I have gained as a community organizer. The power of active listening has changed my life and enhanced all my relationships.”

Kyla melds her lived experience with a growing expertise in policy as a member of the JJAG's Youth Leaders in Action subcommittee. Members currently focus their advocacy on three issues: ending youth e-carceration (electronic monitoring), reducing racial and ethnic disparities in the handling of youth arrests, and reforming the District's Persons in Need of Supervision (PINS) policies.

For Kyla, PINS reform is personal. "PINS" refers to youth who have committed status offenses, such as curfew violations. According to the Code of the District of Columbia, PINS indicates a youth "in need of care or rehabilitation" because he or she is "habitually truant," has "committed an offense committable only by children," or is "habitually disobedient" and "ungovernable."

Kyla was deemed a PINS because she often ran away from home. Growing up, Kyla's family moved around a lot—she enrolled in three different high schools over 3 years—and she struggled to fit in, to "find my people," she says. Kyla first ran away at 16, but she did it again "multiple times," she says, crossing state lines twice.

Ultimately, a judge removed Kyla from her mother's custody and sentenced her to youth detention, where she spent 5 months. Eight years later, Kyla knows from experience that youth detention can alter the course of a young person’s life and says it should be "off the table" for noncriminal activities. "So many things can become normalized. Incarceration shouldn’t be something that we lightly introduce someone to," she says. Kyla advocates instead for immersive programs with restorative approaches, emphasizing community engagement, positive relationships, and opportunity.

The JJAG issued a report on PINS reform in 2020, recommending that the District adopt alternatives to court intervention when responding to "PINS behaviors" by youth. In 2022, members of the subcommittee will visit youth drop-in centers to discuss PINS reform with young adults in the city, learn about their experiences, and encourage them to speak out on the issue. Hearing real-world stories will help to "paint a story of the District and the need for this reform," Kyla explains.

Kyla’s JJAG involvement empowers her passion for justice and reform. Adult members are experts in their fields, such as law enforcement, justice system agencies, mental health, social work, and public education. Kyla learns from them and the issues they tackle together—and they learn from her insights and "lived expertise."

"You end up being more informed," she says of their interactions. "It furthers conversations on both ends."