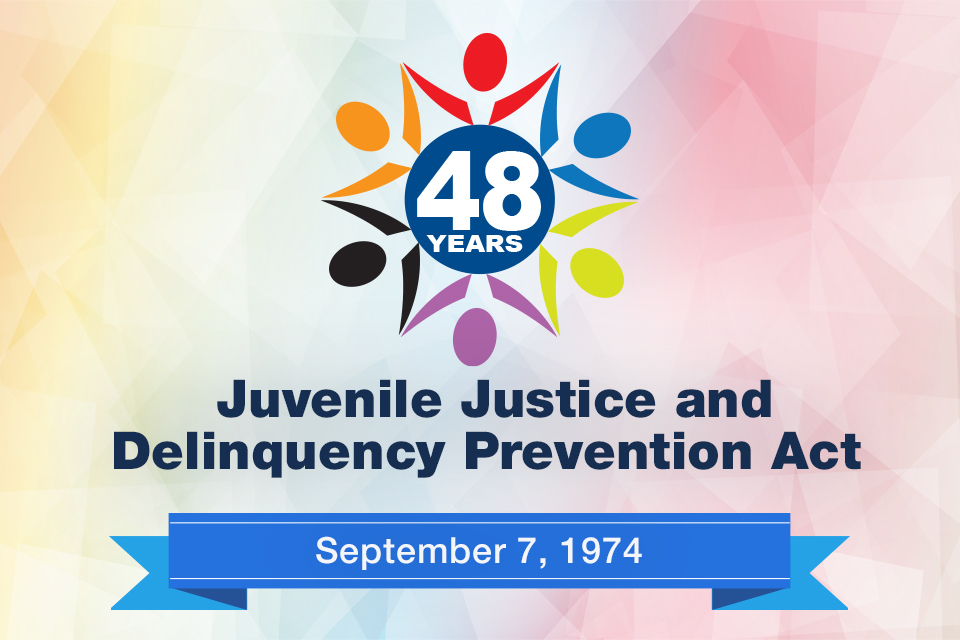 Join OJJDP in observing the 48th anniversary of the Juvenile Justice and Delinquency Prevention Act (JJDPA) and its impact on juvenile justice.

Signed into law on September 7, 1974, the JJDPA established OJJDP to support local and state efforts to prevent delinquency and improve the juvenile justice system.

In 2018, the Juvenile Justice Reauthorization Act reauthorized and amended the JJDPA. The legislation strengthens the four core requirements, requires states to implement strategies to identify and decrease racial and ethnic disparities, and promotes alternatives to incarceration and family engagement. The JJDPA is scheduled for reauthorization in 2023.

Learn More About the JJDPA